It just doesn’t seem possible that the precious boy that made me a mama is already nine years old. I’m not sure how that happened. Every year, I ask Noah the same list of questions because he and I both enjoy and seeing how his favorites/goals change each year. His new answers are in bold print. I included previous years’ answers too, so you can just how much changes in such a short time, through the eyes of our nine-year-old boy 🙂 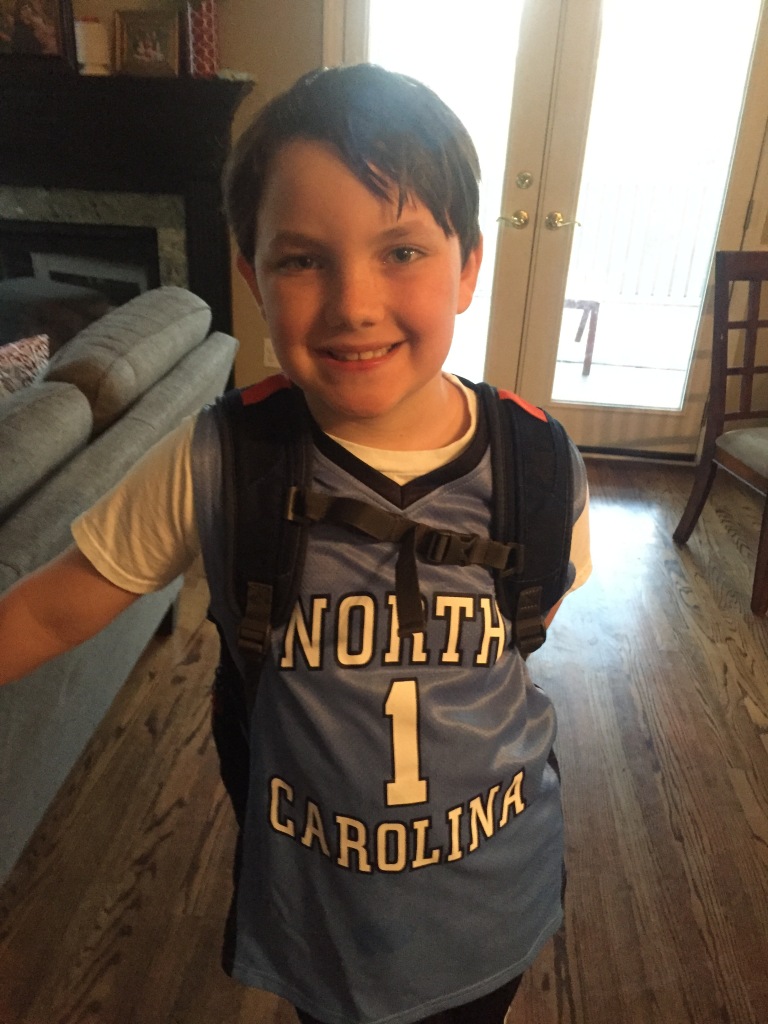 *What have you learned how to do in the past year? Noah: “Learned how to play hockey.” In 2016, Noah learned “how to behave, especially with the babies.”

Noah really enjoyed his first hockey season this year. At the beginning of the season, he REALLY wanted to play goalie, but that waned as the season went on. He did play goalie in a mock shootout during an intermission of a Carolina Hurricanes game back in December!

Noah has lots of natural athletic ability and he is good at playing sports. He says that he wants to try several more sports during our time in North Carolina.

Noah started soccer again (he played two seasons when he was 4/5 years old) last week and has his first soccer game tomorrow morning. He has only had one practice because of Spring Break, so I think he is a little nervous about how the game will go tomorrow, but he’s spent a lot of time practicing in our backyard for the past several weeks.

I truly have no idea how many he has lost or has left to lose at this point. The tooth fairy will just keep showing up until there are no more teeth under the pillow.

Noah wanted to have a Pokemon birthday party this year. He picked the invitation that he wanted from Etsy and he even addressed the envelopes to his friends when we mailed the invites. He also had very clear instructions on how he wanted his cupcakes to look. He wanted “poke balls with a Pokemon coming out of them.” I found these great Pokemon cut-outs on Etsy, but I REALLY struggled finding someone to make the cupcakes. In the end, I ended up making them myself. He loved them AND the boys said that they tasted really good. Big win for Mama!

We had Noah’s birthday party with friends at a local trampoline park called DefyGravity. Seven of Noah’s friends came to jump with us. One of Noah’s friends, Carson, even came all the way from Tennessee to spend the weekend with him! Nana also came to help chase the twins with us. We all had a great time, especially Noah. It was a great birthday party! 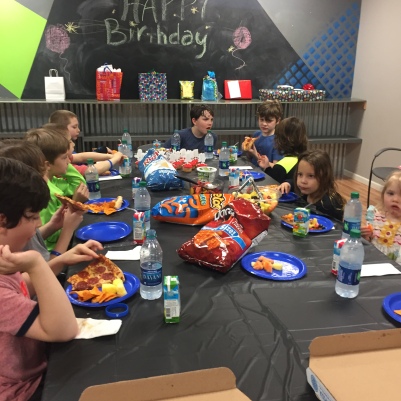 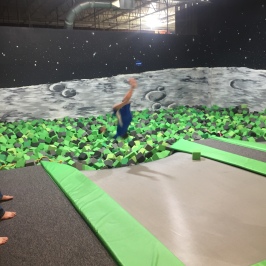 Noah had his birthday party with friends on the Saturday before his actual birthday because Spring Break started on his birthday. The Thursday before his birthday, our NC family joined us at our house for dinner and presents. Noah chose breakfast for dinner. Since I had already made cupcakes for Noah’s birthday party, I decided to go an easier route and ice cinnamon rolls and place them on a cupcake tower with candles for his birthday dinner. We had a great time at dinner. Nana, Papa and all my siblings were there with us, as well as Noah’s Grammy and PaPaw. Noah got lots of great presents, including a skateboard from Savannah. Nana, Papa and Dalton even played a couple rounds of PieFace with our kiddos before everyone left. I love that we have family birthday dinners together a priority, while we are all living in NC. I will definitely miss these birthday dinners when we move back to Tennessee in the summer of 2018.