These two are so fun these days! They are all over the place and SO happy! I cannot believe that they will be ONE in just a few weeks. Don’t worry, though, all the birthday plans are in full swing! Their schedule has not changed much in the past month. 3 bottles, 3 meals and snack. Emry Jane no longer likes blueberries– she prefers to feed them to Manning. They are eating more and more table food and doing great with it! They are super messy eaters, especially Eli that likes to rub his food into his HAIR. I have started putting a cloth napkin in their laps in addition to them wearing a bib to keep food stains to a minimum. It’s been a month FULL of teeth cutting– a dozen teeth between the two babies, which means some rough nights at the Christianson house! Their favorite activities right now: pushing each other on the riding toys and pulling out all the toys downstairs. We keep three bins of baby toys under the console table in the living room and they LOVE decorating the floor with all the toys. 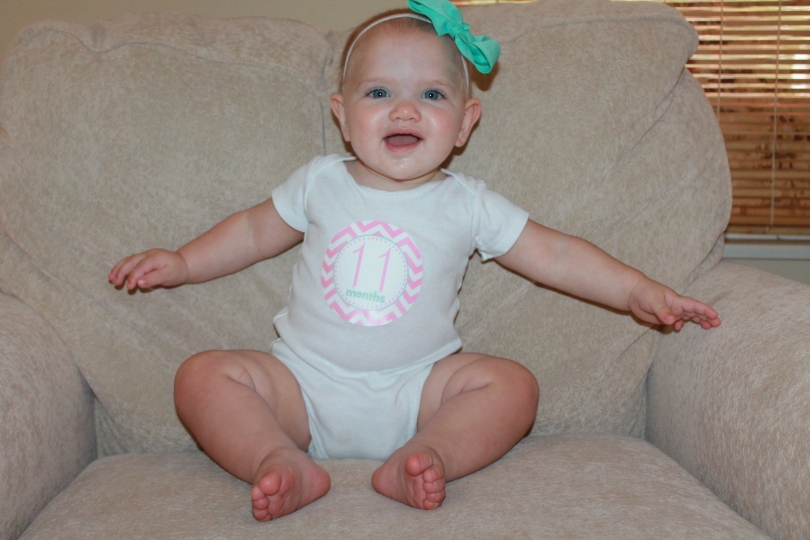 Emry Jane now has SIX teeth. She’s picky about food when she wants to be. She loves to feed the dog food from her tray. She can stand for more than 10 seconds and take a step or two towards Mommy and Daddy before falling. She has awesome facial expressions, including a new one where she makes a surprised face. She’s Daddy’s girl all the way, but LOVES big brother Noah a lot! She says “Mama” and “Dada.” She likes to pick out the pajamas for her and Eli each night. She also likes to “redecorate” the nursery by pulling clothes and cloth diapers out of drawers. 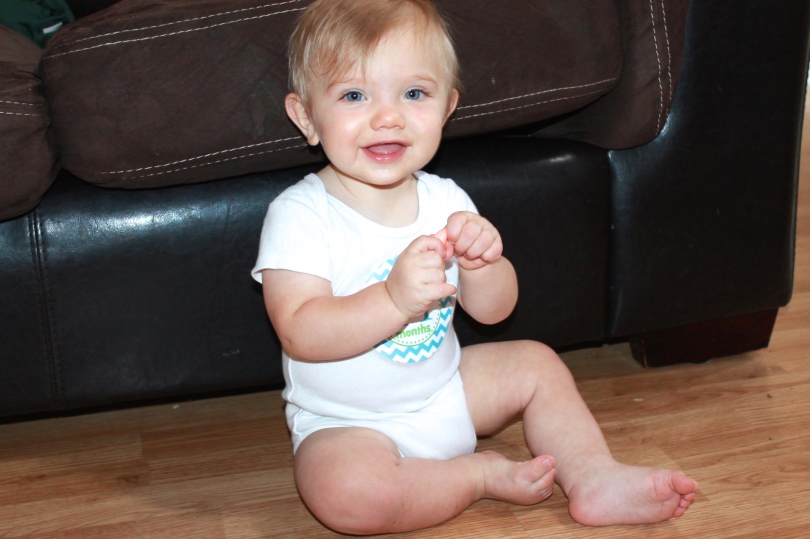 Eli has six teeth as well. He cut four top teeth AT THE SAME TIME so we had several sleepless nights back to back! The poor guy is just miserable until those teeth cut through! He loves all food. He enjoys throwing said food (and his sippy cup) on the floor when he is finished eating. He says “mama” “dada” (occasionally) and “yes.” The “yes” may be a coincidence but we swear he says “yes” if you ask him a question! He loves Mama most. Eli cries if Noah is being tickled– he thinks that he is being hurt. He definitely has a sweet heart. Eli can catch and throw a ball. He can stand for more than 10 seconds and, just last night, took 5 steps in a row towards Mommy and again towards Daddy! We have a WALKER, y’all.