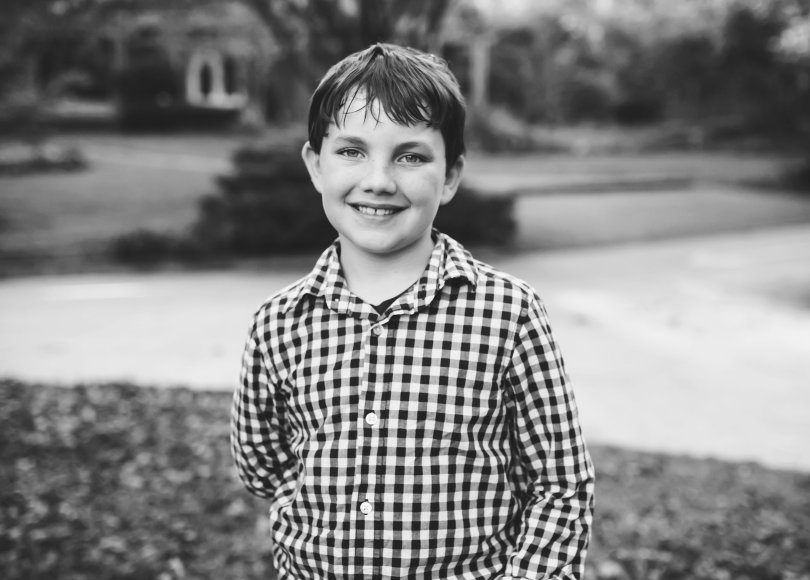 Last year, I asked Noah these questions. I asked them again tonight so that we could see how different his answers changed. His new answers are in bold print. I included last year’s answers too, so you can just how much changes in one year, through the eyes of our fun, eight-year-old boy 🙂

Fruit: Strawberries (Grapes) — At this point, Noah said “Ahh, I remember answering these questions. Last year, I chose grapes.” This kid has the memory of an elephant… I had him sit across the room so that he could not see his old answers, so he actually REMEMBERS what he said was his favorite fruit last year. He amazes me.

Drink: White Milk (Chocolate milk has been his favorite drink since he was two, but now he says white milk.)

Thing to Do with Mom: Watch Movies & Cuddle (Play with Legos)

Thing to Do with Dad: Play Baseball (Gardening)

Thing to Do as a Family: Go On Vacation (Go to the Park, Spend Time Together)

Thing to Do at Home: Play Legos (Watch Movies)

What He Wants to Be when He Grows Up: A Builder/Boss (Fireman)

*What have you learned how to do in the past year? In the past year, Noah has learned “how to behave, especially with the babies.” I have to agree that he has grown into a really great big brother in the past year! Eli & Emry Jane are so lucky to have him as their older brother 🙂 He has also started playing guitar. He started lessons in November.

*What are you really good at? Noah: “Math.” Noah is very good in all academic areas. He has gotten all A’s/E’s this school year and is reading above his grade-level. He is also a great writer. We are very proud of him!

*How many teeth have you lost so far? He says he’s lost 6 teeth so far. I lost count awhile ago, so I will trust his memory on that one. I also don’t have any idea how many teeth the twins have now. I’m doing good just to make sure all the teeth get brushed, haha. 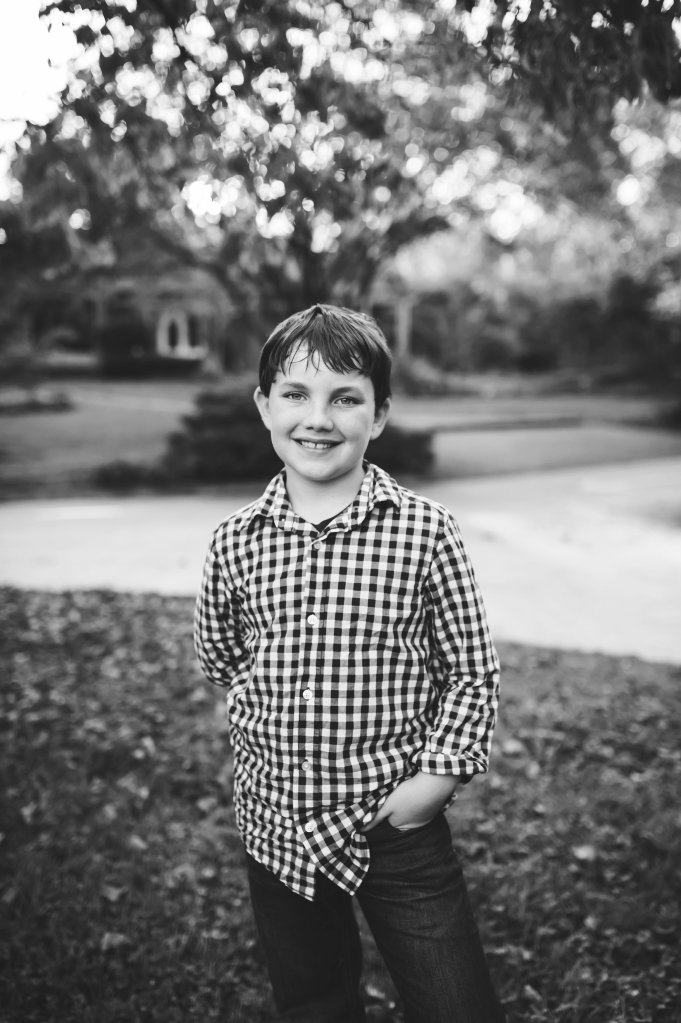 Now, let’s take a minute to talk about this boy’s celebrations for turning eight. We went to Disney for his birthday, so we didn’t do a big party. We still wanted to make his actual birthDAY special, so we decided that he could have a few friends over to play at our house and then we would take those boys with us out to dinner wherever Noah wanted to go. We had 4 little boys at our house for about an hour (it felt much longer) and then we took them to a hibachi grill down the road from our house. It was crazy. A two-hour party outside the house, whether it was laser tag or a bounce place or wherever, was exponentially easier than having four rowdy boys in our house for LESS THAN two hours. I called my mom the next day and thanked her for all those home birthday parties that we had growing up. You truly do not realize all the things your parents do for you until you are a parent. 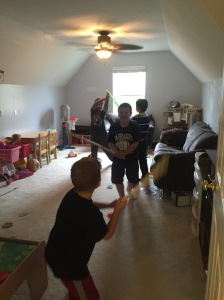 I tried really hard not to be a helicopter mama and just stay downstairs BUT they took the PVC pipes out of Noah’s fort kit and started using them as lightsabers (see above photo.) We have an open floor plan, so I could hear every word that they were saying (shouting) to each other. I was constantly yelling up the stairs, “We don’t use potty words,”(like pee & poop.) “We are not talking about body parts.” Guys, I don’t think “weiner” had ever been said at my house before this playdate! I wasn’t ready for that word. Things were going reasonably well until Noah got hit in the head with PVC, after I told the boys to STOP using them as weapons, and one of his friend told him that he “didn’t like him.” My teacher voice was out in full-force by the time we got to the restaurant. “When you get out of the car, you will stand RIGHT beside the car. You will not RUN across the parking lot. You will WALK…” Thank goodness we had an awesome hibachi chef. He did tricks that even Tommy and I hadn’t seen before and that kept the boys entertained and quiet. The boys were well-behaved through dinner until the cupcakes kicked in. They watched Frozen on the way home. Yes, I resorted to a movie in the DVD player to keep them from throwing baby toys and saying “weiner.” I’m not proud of it.

I think the other boys had a great time and I know that Noah did. I had some white wine to calm my nerves after the craziness and vowed never to do it again. Until next year 😉 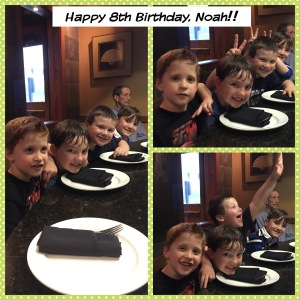