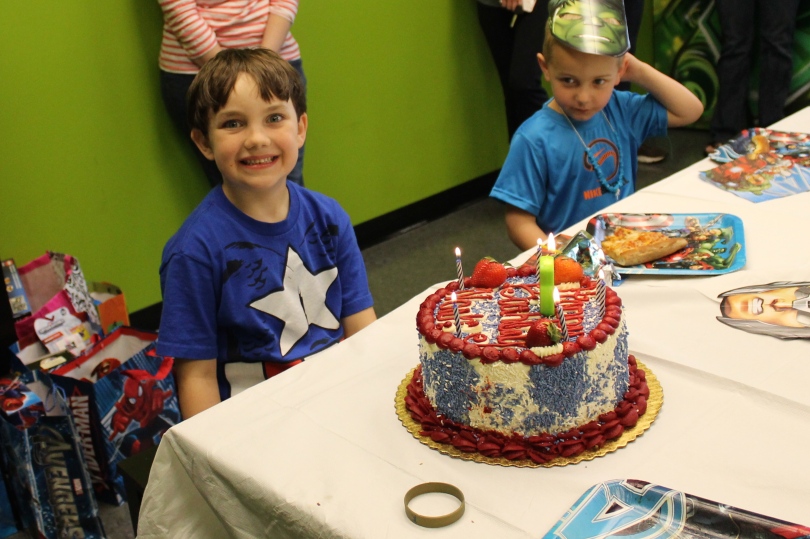 Lots of the weekly blog posts will be about the twins for awhile, but today is my sweet Noah’s SIXTH birthday so he gets the spotlight today. I can’t believe it has already been six years since God blessed us with this special boy. He has changed me in so many ways and I am so lucky to be his Mama!

At 3:21 pm today, he turned 6 🙂 His birth story in a nutshell- he came a week early (due April Fool’s Day) and 3 days before I was scheduled to be induced. He was born on the Monday after Easter in 2008. I waited a bit longer than I should to get the hospital (who doesn’t walk around Wal-Mart while in labor and having contractions every 4 minutes?!) and by the time I had a labor/delivery room at the hospital, I was 9cm dilated! I had a wonderful nurse that held me down for the epidural (though it did not have time to fully take effect before he was out!) and she accidentally broke my water right after. Since he hadn’t dropped, I got 10 minutes resting on each side to encourage him to move down. After that, it was less than 30 minutes of pushing and Noah Rylee entered the world (less than 1.5 hours after being admitted to the hospital.)

We’ve done parties at gymnastics places, inflatable fun houses and parks, but this year Noah was adamant that it HAD to be at JumpJam, a new indoor trampoline park in our town. I’m not sure who had a better time- Noah or his dad 🙂 Noah and his friends from school played dodgeball, walked the tight rope, did flips into the foam pits and much more! Tommy and my brother-in-law raced through the Ninja Warrior-style obstacle course and both walked away with bruises on their arms! Of course, that didn’t stop them from waiting in line with the kids for a chance to do flips into the foam pit!

Noah was very blessed to have so many family members make the trek to spend the weekend with us. We had family from Alabama, North Carolina and other parts of Tennessee that came to celebrate with Noah! After JumpJam, we went to the park with our family and Noah got to practice riding his bike without training wheels for the first time! He can’t do it independently just yet but we have some entertaining videos of his Papa and Daddy taking turns running behind the bike and “catching” Noah when he fell off. It was an action-packed day and Noah was asleep in the car by the time we made it home from dinner with our family!

Here are a few more of my favorite pictures from Noah’s party: 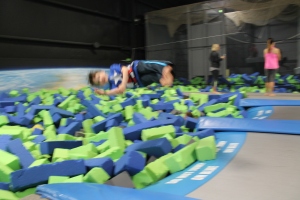 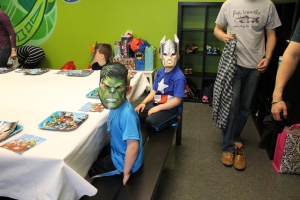